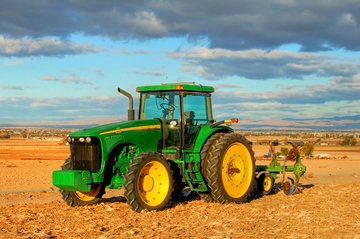 “I am altering the deal, pray I don’t alter it any further.”

(Darth Vader to Lando Calrissian in The Empire Strikes Back (1980))

Despite the best efforts of the Minnesota Legislature, Minnesota Courts, and parties drafting contracts to clarify when and how employees are entitled to be paid commissions, disputes continue to arise in this area as we enter the third decade of the third millennium. A recent decision from the Eighth Circuit Court of Appeals, Auge v. Fairchild Equipment, Inc., No. 19-2578 (8th Cir. Dec. 16. 2020, (decided under Minnesota law), provides a good example of the misunderstandings that can arise when it comes to commissions, but due to a scant recitation of the facts it does not necessarily provide a clear roadmap to resolve future misunderstandings.

The Auge case involved an employee (“Auge”) who sold tractors and industrial equipment for Fairchild Equipment, Inc. (“Fairchild”). The parties started with a 2013 Pay Program which stated that Auge would receive a base salary plus a 30% commission on the gross profits from new equipment sales. He was not entitled to a 30% commission on JCB equipment unless he completed a training program. According to the Court’s opinion, however, Auge completed the training program in 2016. In 2017 Auge made a $2 million “deal” to sell JCB tractors to Bird’s Eye Foods. (The Court’s use of the term “deal” may be intentionally vague.)

The Deal is Altered(?)

The case, and the 8th Circuit’s opinion, both take a turn at this juncture. The 8th Circuit stated that, “[t]hen Auge’s compensation changed yet again. Under the parties’ ‘2017 Pay Program’ the following formula applied [for the Birds Eye commission]: 25% of gross profit money ($) booked in 2017. Remainder of unbooked gross profit will be re-examined annually.”

Auge “abruptly quit” eight days later, i.e. presumably eight days after the new compensation plan was announced. It appears that Fairchild sought to change the commission on a sale that Auge had already made. Normally, one would think that it is not possible to unilaterally alter a commission arrangement after the fact. The 8th Circuit thought differently in this case, however. The underpinning for its rationale may very well be found in the record of the case, but relying only on the facts recited in the opinion itself this decision raises more questions than it provides answers.

Did Auge sign off on the new 2017 plan? The 8th Circuit does not say. It held that Auge “does not seriously dispute that he agreed to the 2017 Pay Program.” (The fact that Auge abruptly resigned, sued, and appealed suggests that his objection might well have have been “serious.”)

Fairchild paid Auge 25% of the gross profits booked as of June 2017. Ague claimed 30% of all anticipated gross profits on the Birds Eye deal. He also claimed payment on several rental purchase options he had sold even though it was Fairchild’s practice not to pay until the end of the rental term.

The Procuring Cause Doctrine

The Eighth Circuit held that the 2017 Pay Program governed and that Auge’s two arguments to the contrary did not overcome the conclusion that he agreed to the 2017 plan. First, Auge argued that the 2017 plan only applied to future sales, but the Court pointed to language about “profits booked in 2017” as being contrary to this interpretation. Second, Auge asserted the “procuring cause” doctrine which the Auge Court agreed meant that “once a salesperson has completed negotiations, an employer cannot deprive him of compensation for his services.” (citing Rosenberg v. Heritage Renovations, LLC, 685 N.W.2d 320, 330 (Minn. 2004) The 8th Circuit Court of Appeals in Auge, however, held that the procuring cause doctrine only applies when there is no contract remedy.

In a footnote, the Court also swatted away a third argument raised by Auge – that forfeiture of compensation is disfavored under Minnesota law and conditions requiring forfeiture must be stated unambiguously. This seems to get to the heart of the matter – whether Auge gave up something he had already earned. The Auge court held that “Auge could not have forfeited commissions he had yet to earn.” Id., n. 2. This sentence raises even more questions. What was the nature of the “deal” that he reached in early 2017?

Auge faired somewhat better when it claim to his rental purchase option claims. The 2017 Pay Program stated that commissions were not “earned” unless they result in an equipment sale. As the Court noted, however, it does not explain what happens if Auge was no longer with the company when his efforts eventually resulted in an equipment sale. The district court concluded that the language was ambiguous but granted summary judgment to Fairchild. The 8th Circuit reversed, finding that because the language was ambiguous the question should be determined by a jury. Auge, citing Staffing Specfix, Inc. v. TempWorks Mgmt. Servs. Inc., 913 N.W.2d 687, 692 (Minn. 2018).

This aspect of the holding should be of interest, and concern, to employers and their counsel when drafting commission plans. If a plan does not specifically state that the employee’s right to a commission is contingent on the employee being employed at the time of payment by the customer to the employer, the employee may be able to assert a claim for post-termination commissions, and the claim might not be amenable to dismissal on summary judgment.

Finally, Auge was O-and-two on his statutory claims, first for being too early and then for being too late. His claim under Minn. Stat. Section 181.14, the Court held, failed because that statute only applies to late payment of commissions “owed under the contract prior to termination.” Even though he might be entitled to payments on future rental purchases, these amounts would not be owed until after the termination of his employment. Similarly, Minn. Stat. Section 181.03 only applies when an employer alters the method, timing or procedures for payment of commissions after termination.

Poor drafting leads to litigation over unpaid commissions. Although Minnesota has several statutory protections for employees who claim unpaid commissions, employees are not always successful in their claims. Employers, on the other hand, also face risks including potential liability for post-termination commissions as well as statutory penalties. If nothing else, the Auge decision shows how complicated these cases can become.

V. John Ella is a Minnesota employment law attorney who frequently handles bonus and commission disputes and other breach of contract actions. He can be reached at 612.455.6237 or jella@trepanierlaw.com.