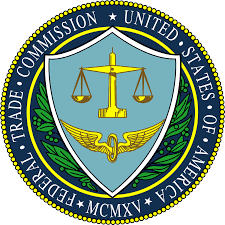 On January 5, 2023, the Federal Trade Commission (FTC) announced that it was proposing a federal regulation that would ban the use of non-compete agreements nationwide. The proposed regulation is an attempt by the FTC to enforce and apply the FTC Act and existing anti-trust laws in a much more expansive manner. The Biden administration has been signaling a tough stance on non-competes for years, with the FTC issuing guidance criticizing non-competes as anti-competitive and even bringing selective enforcement actions in certain cases. The new announcement, however, was startling in its breadth. The rule would ban all non-competes for any size employer anywhere in the country and would not be limited to low wage workers as some had speculated.  As proposed, the ban is even retroactive and would require employers to notify employees with non-competes that the provisions have been rescinded. The proposed restriction even applies to independent contractors and bars non-disclosure agreements that have the effect of preventing competition.  Non-solicitation of customer provisions would not be banned, however, nor would pure non-disclosure of confidential information protections. The proposed regulation even bars non-competes in the sale of business context unless the business owner holds at least a 25% ownership in the business.

(a) Business entity means a partnership, corporation, association, limited liability company, or other legal entity, or a division or subsidiary thereof.

(1) Non-compete clause means a contractual term between an employer and a worker that prevents the worker from seeking or accepting employment with a person, or operating a business, after the conclusion of the worker’s employment with the employer.

i. A non-disclosure agreement between an employer and a worker that is written so broadly that it effectively precludes the worker from working in the same field after the conclusion of the worker’s employment with the employer.

ii.   A contractual term between an employer and a worker that requires the worker to pay the employer or a third-party entity for training costs if the worker’s employment terminates within a specified time period, where the required payment is not reasonably related to the costs the employer incurred for training the worker.

(d) Employment means work for an employer, as the term employer is defined in paragraph (c) of this section.

(f)    Worker means a natural person who works, whether paid or unpaid, for an employer. The term includes, without limitation, an employee, individual classified as an independent contractor, extern, intern, volunteer, apprentice, or sole proprietor who provides a service to a client or customer. The term worker does not include a franchisee in the context of a franchisee-franchisor relationship; however, the term worker includes a natural person who works for the franchisee or franchisor. Non-compete clauses between franchisors and franchisees would remain subject to Federal antitrust law as well as all other applicable law.

Will the Regulation Actually Take Effect?

Never before has such a sweeping ban on non-competes been seriously contemplated. This aggressive move largely reflects the zeal of one person: FTC Chair Lina M. Kahn.  If passed as proposed and enacted, this administrative regulation would have a huge impact on businesses and employees in Minnesota.  Will this regulation be enacted? Not anytime soon. First, the proposal is subject to comments and input from the public for 60 days and will likely be modified and watered down in some form. Even then, there will almost certainly be a court challenge asserting that the so-called regulation is actually legislation and only Congress can pass laws. Challenges to administrative rule-making by federal executive agencies have become increasingly common in recent years as presidential administrations from both parties have tried to make policy changes without going through a paralyzed Congress.  The U.S. Supreme Court has demonstrated a repeated willingness to strike down administrative rules on this basis. The federal courts in this situation would therefore be likely to view this effort by the FTC as a law disguised as a rule as well. At a minimum, federal litigation would result in a stay of implementation and the appeal process could take several years. So it is almost impossible to imagine non-competes being banned by the FTC in 2023 or even 2024.

A Brief History of Non-Compete Reform

What is really going on here? It is estimated that at least one in five Americans in the workforce is subject to a non-compete agreement. Cancelling 30 million non-compete contracts in one fell swoop would be quite an emancipation. Employers assert that these restrictions are necessary to protect investments in legitimate business interests such as customer goodwill and confidential information and trade secrets.  The U.S. Chamber of Commerce points out that non-competes have been used for 600 years (going back to English law arising out the guild system). The Chamber could take a leading role in challenging the FTC proposal in court. Detractors assert that non-competes prevent employee mobility and actually stifle healthy competition.

Each state has its own law regarding non-competes and the law varies considerably from state to state. California already bars their use. Minnesota recognizes the enforceability of non-competes but considers them “disfavored” and subject to scrutiny.  Litigation regarding non-competes in Minnesota expanded starting the 1990s as Minnesota-based medical device companies often battled each other over the departure of key salespeople and R & D scientists. Since then, the use of non-competes in almost every industry has increased although Minnesota courts have become increasingly skeptical as to their enforcement.

In the 21st century, many states from coast to coast, as well as the District of Columbia, have enacted legislation to limit the use of non-competes. These new laws often bar non-competes for “low wage” workers or certain professions, they may place limits on the duration of such provisions, or they may require the payment of “garden leave” to employees forced to sit on the sidelines.  Although similar legislation has been proposed in Minnesota it never went anywhere during the years that the legislature was divided politically.  A DFL-controlled legislature in 2023 could take up a proposal this session, however, as interest in this topic increases. Recently re-elected Minnesota Attorney General Ellison has also expressed interest in this topic. It is quite possible, therefore, that we could see non-compete reform at the state level first before any proposed regulations take effect.

Many will cheer the FTC’s decision to throw down the gauntlet. There are instances where companies have legitimate business interests to protect, however, and non-competes can serve an important role in protecting fair competition. Like many policy questions, a middle of the road approach may be preferrable than an absolute ban. More clarity as to their application would be in the public interest.  A fast-track resolution process would also be beneficial because it can often take a year to litigate a dispute over a non-compete that only lasts a year. And limiting the use of non-competes for low wage workers has been popular in other states. Eventually businesses in Minnesota and other states may need to move to the use of more precise restrictions on solicitation of customers and protection of confidential information rather than the relatively cruder tool of a non-compete.  Calls for reform of non-compete laws have been gaining momentum for several years but the FTC’s proposal has cast a spotlight that will be hard to extinguish. Change, in some form, is coming.

If readers would like to submit comments to the FTC either in favor or against this proposal, they will be able to do so at https://www.regulations.gov.