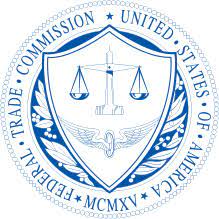 President Joseph R. Biden, Jr. signed an Executive Order on Promoting Competition in the American Economy (“Order”) on July 9, 2021. The Order includes a number of announcements, statements of policy, directives to executive agencies, and other pronouncements all related to the theme of removing barriers to competition and protecting consumers. One item, however, is of particular note. Section 5 (g) of the Order is a directive to the Federal Trade Commission (“FTC”) as follows:

“To address agreements that may unduly limit workers’ ability to change jobs, the Chair of the FTC is encouraged to consider working with the rest of the Commission to exercise the FTC’s statutory rulemaking authority under the Federal Trade Commission Act to curtail the unfair use of non-compete clauses and other clauses or agreements that may unfairly limit worker mobility.”

Note that this language is different than media reports from before the Order was issued suggesting that the President would be encouraging the FTC to “ban or limit non-compete agreements.” A Fact Sheet issued by the White House states that “Tens of millions of Americans—including those working in construction and retail—are required to sign non-compete agreements as a condition of getting a job, which makes it harder for them to switch to better-paying options.” So what does this Order mean for Minnesotans seeking to either enforce or defend against a non-compete agreement? We will attempt to answer your questions below:

Question: Did President Biden change the law regarding non-competes at the federal level?

Answer: No. Only Congress can make new law.

Question: So does this Order have any consequences for non-competes in Minnesota?

Answer: Yes. The Order generally directs the FTC to take action on non-competes. That could mean the FTC could use its existing authority under the Federal Trade Commission Act (“FTC Act”) or other federal anti-trust laws to investigate and challenge non-competes on a case-by-case basis through enforcement of existing laws. The final language of the Order, however, suggests that the FTC will probably start with proposed rule-making before actually going after non-competes in court.

Question: So the FTC can go to Court?

Answer: Yes. The FTC can enforce the FTC Act by seeking preliminary or permanent injunctions in federal court and possibly seek civil penalties and even criminal penalties. The FTC can also enforce provisions of the FTC Act in matters brought before an administrative law judge.

Question: What does the FTC Act say about non-competes?

Question: Does the FTC enforce any other laws?

Answer: Yes, it also has authority to enforce antitrust laws like the Sherman Antitrust Act and the Clayton Act.

Question: Can I use this Order or the FTC Act as a defense to my employer trying to enforce my non-compete?

Answer: No. There is no private right of action under the FTC Act. You would have to convince the FTC to intervene on your behalf. Because non-competes generally expire after one or two years, it may be challenging for private parties to get FTC attention quickly enough to make a difference, but we will have to see how the agency approaches this topic moving forward.

Question: Is the FTC going to make new rules regarding non-competes?

Answer: Yes, the FTC will likely propose new rules or regulations interpreting existing federal statutes when it comes to the question of non-competes. Agency rule-making takes time, generally at least a year, and is very often the subject of court challenges. Agencies cannot pass laws, they can only enact rules and regulations to fill in the details of existing laws. We should expect litigation over this topic for several years to come.

Question: Is the FTC likely to prevail?

Answer: In 2020, the Antitrust Section of the American Bar Association expressed skepticism of the FTC’s authority to promulgate rules banning or limiting the use of non-compete clauses in employment agreements as an unfair method of competition and said the “question of non-compete clauses is likely to be ill-suited to rulemaking.”

Question: Will all of his have any consequences for non-solicitation of customer provisions?

Answer: Non-solicitation agreements and non-disclosure agreements are not likely to attract the attention of the FTC and may be an appropriate alternative for employers concerned about federal scrutiny of non-competes.

Question: Will this Order have any other impact on Minnesota non-compete law?

Answer: President Biden’s Order may bring increased attention to the topic of non-competes and could lead to new efforts to reform the law at the Minnesota legislature. We will have to wait and see.

Minnesota non-compete attorney V. John Ella has represented clients in drafting, enforcing, and defending non-competes and other restrictive covenants for over 25 years and often writes about non-compete reform efforts. He can be reached at 612.455.6237 or jella@trepanierlaw.com. Trepanier MacGillis Battina P.A. is a Minnesota business law firm based in Minneapolis, Minnesota.