What is “For Cause” Termination of Employment Under Minnesota Law? 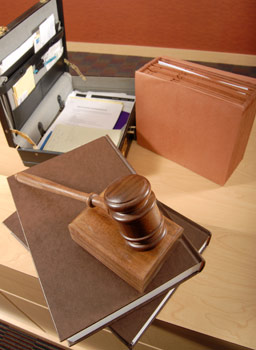 Most employment relationships in Minnesota are “at will.” That means they can be terminated at any time, for any reason, or even no reason (except for an unlawful reason such as discrimination.) There are exceptions to at-will employment for tenured professors, civil service employees, and union members, among other groups. An executive with a well-drafted employment agreement may also have protection against “at will” termination if the agreement states that the executive can only be terminated for “cause.”

Most executive agreements that use the term “cause” also define it.  Here is just one example:

“Cause means (a) conviction of the Employee for a felony or other crime of moral turpitude by a court of competent jurisdiction; (b) the written confession by the Employee to the commission of a felony or other crime of moral turpitude; (c) embezzlement or misappropriation of funds of the Company; (d) the Employee’s breach of any of the covenants contained this Agreement; (e) intentional failure by the Employee to perform any of his duties and responsibilities under this Agreement; (f) conduct by the Employee which is detrimental to the Company’s reputation or goodwill; (g) dishonesty in connection with the performance of services to the Company; and (h) violation of the Company’s written policies or rules including, but not limited to, the Company’s policies regarding sexual harassment, discrimination, use of alcohol and/or controlled substances on the job, confidential matters, trade secrets, intellectual property, or related matters.”

Employers are better off with a broad definition of “cause” and executives will prefer a narrow definition of “cause.” But what if a contract states that an employee cannot be terminated except for “cause” but “cause” is not defined at all? Unlike termination of an at-will employee, the employer would need to articulate a reason, and probably not just any reason.

In Deli v. University of Minnesota, 511 N.W.2d 46 (Minn. Ct. App. 1994), the Minnesota Court of Appeals noted that “Minnesota Courts have not adopted a standard definition of just cause.” But is also noted that Minnesota’s jury instruction guide offered this definition: “A termination is for good cause if the [employee] breached the standards of job performance established and uniformly applied by the [employer.]” Id. at  52, citing 4 Minnesota Practice, CIVJIG 663 (Supp. 1993). See also Hillgoss, supra. (Holding that it was not error to rely on definition in the jury instruction guide when determining whether executive was terminated for cause for purposes of determining his eligibility for a $337,000 bonus.)

This definition emphasizes uniformity. As the Court in Deli stated, “By its terms, this definition of just cause contemplates that an employer treat employees uniformly when applying job standards.  Further, under this definition, the termination of an employee for any cause not affecting job performance or otherwise relating to job duties might be arbitrary and capricious.” Id.  So an employee’s actions outside of his job duties would perhaps not justify for cause termination. Even so, the common law definition of cause is probably broader than the definition found in most executive employment agreements.

In Deli, two University of Minnesota coaches challenged the termination of their employment. They each had an employment contract which stated that their employment could only be terminated in accordance with the University’s “Manual” on staff policies and procedures. The Manual stated that employees could only be dismissed for “just cause” but did not define just cause. Their grievances were heard by a three-person panel of the University which upheld the decision to terminate. The coaches then sought certiorari review at the Court of Appeals (certiorari is a process for the Courts to review decisions by state agencies, including the University of Minnesota.) The Court of Appeals upheld the termination.

The Application of “Cause” in Labor Arbitration

Arbitrators reviewing termination decisions of unionized employees pursuant to a collective bargaining agreement have their own body of case law applying a “just cause” standard. Arbitrators also look to see if lesser discipline is appropriate, however.  Arbitrators “assume, absent evidence to the contrary, that the parties are committed to utilizing discipline progressively as a tool to bring about change in the behavior of employees.” PSC Custom, supra. In that case the arbitrator explained the three elements of “just cause” as follows:

First, the offenses charged against the grievant must be those for which disciplinary action may be assessed under the parties’ practice or the contract. Second, the record, taken as a whole, must support a finding that the employee is guilty of the conduct of which he/she stands accused. If the evidence in the record supports a finding that the employee has committed an offense for which discipline may be assessed, a determination must then be made concerning whether any mitigating or extenuating circumstances exist which warrant a finding that some penalty level short of the action taken is more appropriate.

Id. Courts interpreting cause provisions in contracts, however, tend to take a more binary approach – either there was cause or not. Courts are not in the business of assigning alternative discipline for employees.  Arbitration decisions are therefore of limited use when interpreting individualized contracts.

A Definition of “Cause” does not Always Mean you are not Employed At-Will.

Just because an employment contract defines “cause” does not necessarily mean that the employee is not employed at-will.  Often the definition of cause determines only whether a terminated executive is entitled to severance upon termination or some other payment (such as the bonus in Hilligoss).  Employees with these types of contracts are technically employed at will but may or may not be entitled to certain payments depending on the reason for termination.

The Definition of Misconduct for Eligibility Regarding Unemployment Benefits is not the Same Thing as “Cause.”

Note that the standard for eligibility for unemployment benefits under Minnesota law is a completely different standard and is unrelated to contract law or even labor arbitration.  Misconduct that would disqualify a former employee from receiving unemployment benefits generally means “any intentional, negligent, or indifferent conduct, on the job or off the job, that is a serious violation of the standards of behavior the employer has the right to reasonably expect of the employee” but there are many exceptions to this definition. Minn. Stat. § 268.095, Subd. 6.

Both employers and executive employees should pay close attention to the definition of “cause” when drafting and negotiating employment agreements. Although the law will provide a definition if one is not included in the contract, it is better for both parties to agree on a definition up front. If you have questions about for-cause termination, contact one of the Minnesota employment attorneys of Trepanier MacGillis Battina P.A.