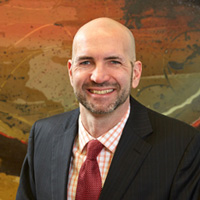 In a May 2020 unpublished opinion, the Minnesota Court of Appeals decided in Mallberg v. Gustafson, et al that a company’s former employee was not only entitled to double damages on his wage claim, but also that the owner who managed the business was personally liable to the former employee for the monetary award. The case provides guidance on how employers should handle disputes with employees over unpaid wages, and reinforces the advice that ignoring corporate formalities and intermingling personal and business finances is a recipe for inviting personal liability.

A former employee, Brett Mallberg, had worked off and on for M&M Systems Inc., a Minnesota closely-held corporation that sold and serviced manufacturing equipment. In 2013, Mallberg and M&M’s managing shareholder, Mark Gustafson, reached an oral compensation agreement that Mallberg was to be paid 70% of labor profits, 50% of parts sales, and 30% of profit from new machines. Subsequently, Mallberg was sporadically paid by M&M based on an invoice log that tracked amounts owed to him. M&M terminated Mallberg in March 2015. At the time of his termination by M&M, Mallberg had not been paid for the preceding 12 months by the company.

Mallberg asserted two claims two claims against M&M. First, he asserted a breach of contract claim based on M&M’s failure to pay him wages and expense reimbursements under the 2013 oral compensation agreement. Second, he brought a statutory claim alleging that M&M altered the method of payment, timing of payment, and procedures for payment of Mallberg’s commissions earned through the last day of employment after he had resigned. Under Minnesota statute, an employer violating certain payment obligations to commissioned salespersons is liable for two times the unpaid wages that are in dispute. Minn. Stat. § 181.03.

Besides the remedy provided for under the common law and statute, Mallberg sought to hold M&M’s managing owner, Gustafson, personally liable under a theory of piercing the corporate veil.

At the district court level, the court granted partial summary judgment to Mallberg on his breach of contract and failure to pay wages claim. In a subsequent trial phase, the court granted Mallberg’s request to pierce the corporate veil, which meant that Gustafson, M&M’s owner, was personally liable for the judgment against M&M.

The result, in sum, was the court’s determination that (i) M&M owed Mallberg $134,691 in unpaid wages, (ii) M&M owed Mallberg another $134,691 based on the double damages provision in Minn. Stat. § 181.03, and (iii) Gustafson was personally liable for the entire amount. Not surprisingly, an appeal followed.

Except as otherwise provided in section 181.13, an employer or a person, firm, corporation, or association may not alter the method of payment, timing of payment, or procedures for payment of commissions earned through the last day of employment after the employee has resigned or been terminated if the result is to delay or reduce the amount of payment.

M&M and Gustafson argued that the dispute over Mallberg’s compensation preceded his termination, and therefore M&M did not alter terms, timing or procedures for payment after Mallberg was terminated.

The Minnesota Court of Appeals was not persuaded by appellants’ argument. It concluded that M&M and Gustafson’s refusal to compensate Mallberg at all for his work performed between May 2014 and March 2015, when the refusal was based only on amorphous accusations of past overpayments unsupported by actual calculations, did in fact alter “the  method  of  payment,  timing  of  payment,  or  procedures  for  payment ” as set forth in Minn. Stat. § 181.03,  subd. 2. The court noted that the “statute’s  plain  language  does  not  allow  an  employer  to  escape  liability  if  a  dispute  arose  regarding  the  amount owed before the employee’s termination.” Because Gustafson had told Mallberg multiple times following Mallberg’s termination that payment was forthcoming, but never paid him at all, the plain language of the statute was satisfied.

Piercing of the Corporate Veil

The Court of Appeals also grappled with M&M and Gustafson’s appeal of the lower court decision to pierce the corporate veil and find Gustafson personally liable for the unpaid wages and the penalty amount. The court noted that it was the reality, not the mere form, of how the corporation actually operated that was to be evaluated by a court.

The court next outlined the factors to be considered, as set out in a case every law student taking a class on Minnesota corporate law in the last 40 years should have studied:

Relevant factors include: insufficient capitalization for purposes of corporate undertaking, failure to observe    corporate formalities, nonpayment of dividends, insolvency of debtor corporation at time of transaction in question, siphoning of funds by dominant shareholder, nonfunctioning of other officers and directors, absence of corporate records, and existence of corporation as merely facade for individual dealings.

Finally, the court noted that an element of fundamental unfairness must exist to support a piercing of the protective corporate veil.

The court proceeded to analyze each prong of the Victoria Elevator test. It agreed with the district court that certain facts weighed in favor of the piercing remedy sought by Mallberg. These included (i) Gustafson being over-compensated for mileage reimbursements, (ii) Gustafson not cashing 50 checks written by his wife to M&M to reimburse M&M for paying personal credit card bills of the Gustafsons, (iii) Gustafson’s wife being an officer and director of M&M, but then having no involvement with the company, and (iv) M&M’s failure to abide by corporate formalities, such as filing taxes and keeping business records of meetings.

On the analysis of the “element of unfairness,” the appellate court found that the district court had made a determination that Gustafson operated M&M in a way that was “intentionally disadvantageous to Mallberg.” It was not just that a judgment of double damages was assessed against M&M, but that additional contextual evidence supported a finding that Gustafson had sought to withhold an earned commission, and that itself was unfair.

There are two important practice and counseling points that Mallberg provides.

First, where there is a dispute about post-termination wages or commissions owed to a former employee, a company should not withhold the undisputed portion of such compensation from the former employee. Doing so can result in a double damages award far higher than would otherwise be warranted if limited to the amount in dispute.

Second, a Minnesota court may pierce the corporate veil and assess personal liability against a shareholder where, in totality, a series of seemingly minor “failures” combine to meet the threshold elements of the Victoria Elevator test. With the presence of an injustice or unfairness in the relationship between company or shareholder and former employee or creditor, an appeals court is likely to defer to the fact-finding of a lower court. Complying with corporate formalities, including keeping meeting minutes, and separating personal from company finances, will go a long way to ensure a shareholder does not unintentionally become liable for company debts and judgments.

If you have any questions about complying with Minnesota statutes on wage payments, or taking steps to limit personal liability as a shareholder, contact the employment and business law attorneys at Trepanier MacGillis Battina P.A.