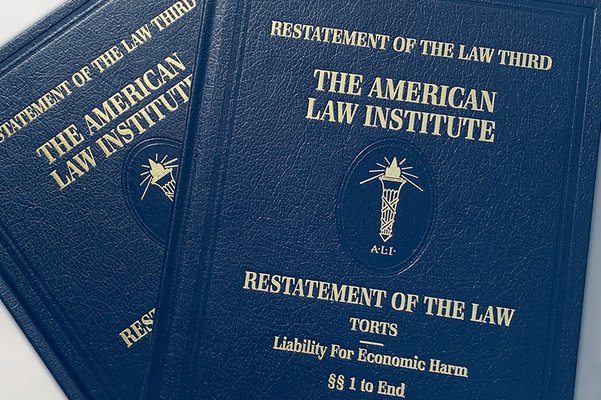 Restatements of the Law

The Restatements of the Law are a set of treatises on legal topics meant to inform lawyers and judges about general principles of common law. They are published by the American Law Institute, an organization of judges, legal academics, and practitioners founded in 1923. The Restatement Second included the elements of tortious interference for the first time in 1979 although the tort has been recognized since Lumley v. Gye (1853) 118 Eng. Rep. 749 (Q.B.).

The Restatement (Second) defined tortious interference with a contract as occurring when:

A defendant is subject to liability for interference with contract if:

In addition to modifying the definition of interference with a contract, the Restatement (Third) eliminated the term “improper” and began using the phrase “wrongful conduct.” Section 17 (2) now defines “wrongful conduct” as occurring in three narrow instances:

Conduct is wrongful for the purposes of this Section if:

Conduct that otherwise would subject a defendant to liability under this Chapter is privileged if it consists of:

“Competition” is no longer a privilege to interference because such competition will only rise to the level of liability for either tort if the competitive conduct meets the narrow definitions of “wrongful.”

A defendant is subject to liability for interference with economic expectation if:

The Restatement is not law but it is based on actual court opinions from various state and federal courts over the past 43 years. The latest Restatement shows how this tort has evolved since that time. Many judges recognize the Restatement as persuasive legal authority. Advocates may therefore want to cite the definition in the Restatement (Third) in their briefs and arguments in litigation, especially if it is favorable to their position.

A hard copy of Restatement of the Law Third Torts: Liability for Economic Harm can be purchased from Thompson Reuters. It is also available on Westlaw with a premium subscription.

V. John Ella is a Minnesota tortious interference attorney who frequently litigates these claims and often presents and writes on the topic as well. He can be reached at 612.455.6237 or jella@trepanierlaw.com.