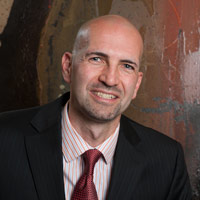 On June 24, 2013, the United States Supreme Court issued a decision applauded by some employer groups and derided by certain employee rights organizations as antithesis to workers’ rights. In Vance v. Ball State University, 570 U.S. 421 (2013), the Court held that an employee is a “supervisor” for purposes of establishing vicarious liability under Title VII if empowered by an employer to take tangible employment actions against another employee. In the case, the Court concluded that Ball State University in Indiana was not liable for the conduct of its employee because the employee was not empowered to take tangible employment actions against the complaining plaintiff.

Pre-Vance State of the Law
Title VII of the Civil Rights Act of 1964 protects employees by making it an unlawful employment practice for an employer to discriminate against an employee with respect to compensation, terms, conditions or privileges of employment, because of an employee’s race, color, religion, sex or national origin. While the text of the statute directly prohibits discrimination with respect to employment decisions that have tangible economic consequences, the reach of Title VII has been expanded to prohibit the creation or perpetuation of discriminatory work environments.

Since the original passage of Title VII, the Court has held that an employer (as opposed to an individual employee) is liable for a racially hostile work environment if the employer knew or reasonably should have known about the harassment but failed to take remedial action. See Burlington Industries, Inc. v. Ellerth, 524 U.S. 742, 768-769 (1988). Put simply, an employer can be held liable for racial harassment of one employee by another by the employer’s negligence in permitting harassment to occur. This negligence standard applies irrespective of whether the harasser is a co-worker or a supervisor.

Who is a Supervisor?
Before the Vance court was the question of who qualifies as a “supervisor” when an employee asserts a Title VII claim for workplace harassment. The question was important because even in the absence of its negligence, an employer may be vicariously liable for the creation of a hostile work environment by its employee if (i) it is a harassing supervisor that takes a tangible employment action against the employee, or (ii) even if the supervisor’s harassment does not culminate in a tangible employment action, the employer is unable to establish an affirmative defense. See Faragher v. Boca Raton, 524 U.S. 775 (1998).

In Ellerth and Faragher, the Court was reluctant to make an employer strictly liable whenever a supervisor engaged in harassment that did not result in a tangible employment action. Therefore, the Court established an affirmative defense providing that an employer could mitigate or avoid liability by showing that (i) it exercised reasonable care to prevent and promptly correct any harassing behavior, and (ii) an employee unreasonably failed to take advantage of any preventive or corrective opportunities that were provided. In plain terms, the standard to find an employer vicariously liable for the actions of its supervisor is easier to meet than the negligence standard that would apply to a non-supervisory co-worker. This difference is a reflection of agency principles and the role of a supervisor in the workplace.

In Vance, Maetta Vance, an African-American woman, filed a lawsuit in federal court claiming, among other things, that she had been subjected to a racially hostile work environment in violation of Title VII. Vance alleged that a particular co-worker was a supervisor and that the university, her employer, was liable for the co-worker’s creation of a racially hostile work environment.

The Court’s Decision
Eventually, both the plaintiff-employee and the defendant-university moved for summary judgment. The federal district court, in a decision upheld by the 7th Circuit Court of Appeals, found that the University could not be held vicariously liable for the co-worker’s alleged harassment of Vance because the co-worker could not “hire, fire, demote, promote, transfer, or discipline” Vance, and as a result, was not a supervisor.
Beyond affirming the district court decision that supervisor status requires the power to hire, fire, demote, promote, transfer, or discipline an employee, the appellate court also concluded that the university was not negligent with respect to the co-worker’s conduct. Accordingly, there was no direct or vicarious liability.

In its 5-4 decision, the Court majority argued that the 7th Circuit’s understanding of the concept of a “supervisor,” which the Court agreed with, was “easily workable” and could be applied without undue difficulty by judges and juries. The dissent, on the other hand, advocated following the EEOC’s guidance document establishing that a supervisor was anyone who had the authority to direct an employee’s daily activities, as opposed to the more discrete traditional supervisor definition adopted by the majority.

Take Away for Employers
While seen by most commentators as an employer-friendly decision, the Court’s ruling does not diminish the obligations of or significantly minimize risks to employers. To the contrary, employees will remain protected against harassment by co-workers if they are able to show that an employer was negligent in permitting harassment to occur. Employers should therefore ensure that job descriptions for supervisors reflect actual authority to hire, fire, demote, promote, transfer and discipline employees. In cases in which a harassing co-worker does not have such authority, the harasser will not be construed as a supervisor and a more stringent standard for vicarious employer liability will apply.