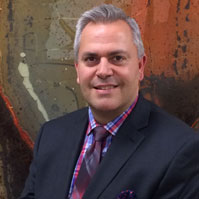 On January 5, 2018, the U.S. Department of Labor (“U.S. DOL”) announced it is adopting a new, more flexible, seven-factor test for determining when interns are employees under the Fair Labor Standards Act (“FLSA”) and therefore subject to minimum wage and overtime pay requirements. You can read the announcement here. By doing so, the U.S. DOL is replacing the six-factor test it previously adopted in 2010 with a “primary beneficiary” test followed by several U.S. Courts of Appeals. The new test is welcome news for employers because it will make it easier for employers to maintain and establish unpaid internship programs that provide benefits for both interns and employers.
In its announcement, the U.S. DOL noted that, on Dec. 19, 2017, the U.S. Court of Appeals for the Ninth Circuit became the fourth federal appellate court to expressly reject the U.S. Department of Labor’s six-part test for determining whether interns and students are employees under the FLSA.

The Department of Labor indicated that, going forward, the Department will conform to these appellate court rulings by using the same “primary beneficiary” test that these courts use to determine whether interns are employees under the FLSA. The U.S. DOL further announced that the Wage and Hour Division will update its enforcement policies to align with recent case law, eliminate unnecessary confusion among the regulated community, and provide the Division’s investigators with increased flexibility to holistically analyze internships on a case-by-case basis.

Background of Unpaid Internships Under the FLSA
In some cases, interns and students performing work for “for-profit” employers may not be considered “employees” under the FLSA, in which case the employer is not required to pay the individual during the internship. In 2010, the U.S. DOL established a six-factor test to determine whether an intern or student is an employee under the FLSA. Under the six-factor test, an individual would be presumed to be an employee unless all six factors were satisfied. Under the “immediate advantage” factor, if the employer received an immediate advantage from the individual’s services, the intern was deemed an employee, and therefore entitled to minimum wage, overtime pay, and other protections provided under the FLSA. In practice, this made it difficult for employers to lawfully establish unpaid internship programs, because they would often receive an immediate advantage from the intern’s efforts.
Since 2010, several federal courts have rejected the rigid U.S. DOL six-factor test. For example, in Glatt v. Fox Searchlight Pictures, Inc., 811 F.3d 528 (2d Cir. 2015), the Second Circuit adopted the “primary beneficiary” test, which focuses on whether the intern or the employer is the “primary beneficiary” of the relationship. The court set forth a non-exhaustive list of seven factors to be considered, with no single factor dispositive. Other courts have followed suit by adopting the Second Circuit’s seven-factor “primary beneficiary” test. See, e.g., Benjamin v. B & H Educ., Inc., 877 F.3d 1139 (9th Cir. 2017); Schumann v. Collier Anesthesia, P.A., 803 F. 3d 1199 (11th Cir. 2015); see also Solis v. Laurelbrook Sanitarium & Sch., Inc., 642 F.3d 518 (6th Cir. 2011).

Following its announcement, the U.S. DOL has updated its Fact Sheet for Internship Programs to more closely follow the “primary beneficiary test” set forth in federal court decisions.
The “primary beneficiary” test is a flexible test, and no single factor is determinative. Whether an intern or student is an employee under the FLSA will necessarily turn on the unique circumstances of each case.
If analysis of these circumstances reveals that an intern or student is actually an employee, then he or she is entitled to both minimum wage and overtime pay under the FLSA. On the other hand, if the analysis confirms that the intern or student is not an employee, then he or she is not entitled to minimum wage or overtime pay.

Take-Aways for Employers
The U.S. DOL’s replacement of its rigid six-factor test for evaluating internships is good news for employers, it will take some time for the courts to interpret and apply the new seven-factor “primary beneficiary” test. In the meantime, this is a good opportunity for employers to audit their unpaid internship programs to make them consistent with the U.S. DOL guidelines. Because state and local law can impose more stringent requirements, employers should also work with their employment law attorneys to comply with such requirements before abandoning the six-factor test.
For advice on how to develop lawful internship programs in the State of Minnesota, please contact one of the Minnesota wage and hour law attorneys of Trepanier MacGillis Battina P.A.
____________
About the Author:
Minnesota wage and hour attorney Craig W. Trepanier represents employers and employees in matters involving wage and hour regulations, overtime pay, and misclassifications under the FLSA and MFLSA including developing unpaid internship programs. Craig may be reached at 612.455.0502 or craig@trepanierlaw.com. Trepanier MacGillis Battina P.A. is a Minnesota wage and hour law firm located in Minneapolis, Minnesota.
____________
Related Topics:
Unpaid Internships Pose Legal Traps for Employers
Second Circuit Clarifies When Unpaid Interns Are FLSA Employees
The Legal Difference Between a Minnesota Employee and Independent Contractor
Clarifying an Employment Agreement